Bogan Via Wait Up EP

Shortly after signing with Common Wall, Bret and Madeleine started working with producer Bob Hoag (The Format, Joel Plaskett, Black Carl) at Flying Blanket Recording on recording a handful of new songs as well as re-recording some tracks from the original EP. The result of those sessions is the EP Wait Up , which was released on October 29th.

You can find physical copies of the album at Revolver Records, Stinkweeds, and soon Zia Records!

The album can also be purchased online! 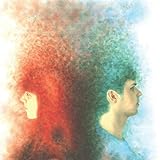 Stream it anytime, anywhere as well with Spotify!